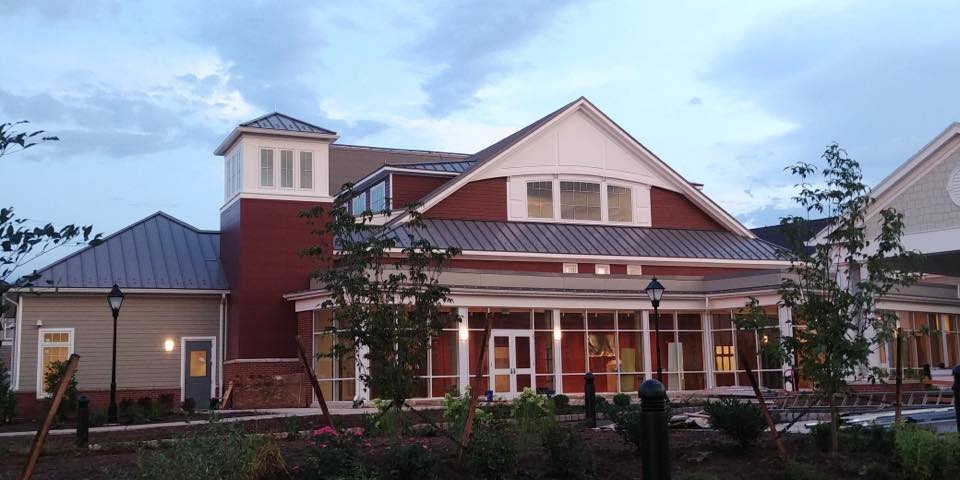 Trilogy Repertory was founded in 1981 by Dr. Allen Crossett and two former students, with a mission to unite theater, community and school. They wanted to present theater works not often seen, and encourage projects by new directors. Trilogy was housed in the new Little Theater at Ridge High School and spent the next sixteen years producing plays in that space. Trilogy and Ridge enjoyed a close partnership of shared materials and knowledge.

In 1985, Trilogy Repertory was approached by the Bernards Township Department of Parks and Recreation to produce a musical in the amphitheater in Pleasant Valley Park. This joint venture has grown from three performances to award-winning seasons that include a full-scale musical and classical production each summer. In 1999, Ridge High School closed the Little Theater and Trilogy has been seeking a new home since that time. In 2010, Somerset County Park Commission licensed two buildings to Trilogy Repertory at the Boudinot-Southard-Ross property in Bernards Township, enabling Trilogy to house our costume and props collection in the stable and theater set pieces in the barn.

Each year, Trilogy Repertory endeavors to present shows in the Spring and Fall at the Fellowship Cultural Arts Center, as well as traveling children’s participation theater performed in local libraries. Each summer, two shows are produced at the Pleasant Valley Park amphitheater. Historical programs are presented to students and community at the Boudinot-Southard-Ross property. Fourth grade students visit the site as part of their history curriculum. Trilogy performs historical plays chronicling the life of Elias Boudinot, who developed the property in the 1760s. These events are presented free of charge.

Trilogy also offers educational outreach programs including teen cabaret (performing opportunities to future stars). Trilogy conducts theater and costume workshops at museums and local schools. Costumes and props from our collection have been made available to countless schools and organizations, enhancing the production value of their shows.

Trilogy Repertory believes that theater is a collaborative art. Whether on stage, behind the scenes, or seated out front, Trilogy wants everyone to explore the lively art of theater and find their place in it. Trilogy strives to delight and challenge its audiences and to make the Somerset Hills a better place to live, through the experience of live theater and performing arts. The need and desire for a home for arts and cultural programs in the Somerset Hills community is without question. A public performing space that is generated from private funds, operated by a non-profit community anchor and is self-sustaining always has been the ideal answer.

In July of 2019, after years of planning, design, and construction, our partnership with Fellowship Senior Living finally paid off with the official opening of the Fellowship Cultural Arts Center. This 240-seat state of the art performance space will be an ongoing benefit to Fellowship residents and the greater Somerset Hills community.

The strategic relationship between Fellowship Senior Living and Trilogy Repertory will flourish beyond the Cultural Arts Center. This seasoned and highly recognized theater company will serve as Fellowship Senior Living’s “theater company in residence.” Trilogy will provide high production values, offer top on-stage talent and enhance the appeal of an already vibrant community. The company will also continue to support and nurture the Fellowship Village in-house theater activities.

Jaye has been committed to theater in our area since the Barres moved to Basking Ridge in 1976, where she assisted with The New Theater, a then-established community theater in the Somerset Hills area. Jaye’s help founding Trilogy Repertory only has strengthened her love of live theater. She also  established the Somerset Hills Drama Workshop to serve students in grades 4-8 and worked with the students of the Ridge Drama Club from 1985 through 2005. Jaye helped found “Plays in the Park” for Bernards Township and has served on several Bernards Township committees such as the Charter Day committee,  the Arts Advisory Board, and the Mayor’s Task Force for the Arts. Jaye has been on the Trilogy Repertory Board of Directors since 1982 and currently serves as President.

Kristin began working with Trilogy in the summer of 2018 choreographing The Little Mermaid and recently choreographed the summer production of Annie. When not on the stage or behind the scenes, she can be found teaching students with disabilities.

It has been Hank’s joy to be associated with Trilogy Repertory from the earliest days in 1981.  He has served as an actor, director, producer, board member and officer for almost 40 years and Trilogy has been an important part of his life. As a fundraiser and coordinator for the establishment of Trilogy as the resident theater company at the new theater at Fellowship Village, he has been proud to have been part of this great step forward.

Peter has been a Trilogy Repertory Board Member since 2016 and  has been involved in Trilogy productions since 2006. He has acted in Twelfth Night, The Taming of the Shrew, As You Like It, You Can’t Take It With You, Macbeth, A Midsummer Night’s Dream, Inherit the Wind, King Lear, Richard III, Play On!, Mary Poppins, The Merchant of Venice, The Rainmaker, Cinderella, Cinderella, and Twelfth Night, and he also has stage managed The Comedy of Errors.

Peter is also on the Trilogy Season Planning Committee, Children’s Theater Chair, and the Nominating and Director Outreach committees. He has directed children’s theatre productions of The Dinosaur Play, Dorothy and the Wizard of Oz, and Treasure Island. Peter has also been involved in History Weekend productions of the Elias Boudinot play.
Kathleen Dempsey: Recording Secretary; Costumes

Kathleen is a retired pediatric nurse practitioner who has many years of backstage costume experience. Working with schools and community theater groups, she strives to bring the actors and directors the best available costumes and accessories to enhance their production. Kathleen has worked on several “Plays in the Park” productions with Trilogy and currently serves as the Board’s Recording Secretary.

Michael has been working with Trilogy Repertory for over 20 years. From acting in shows, to assisting crew, he’s done it all.

Playing such roles as Bill Sikes in Oliver and The Mute in The Fantastiks, Michael has enjoyed every moment on stage! Most recently, he’s been responsible for producing/directing “The Haunt at The Ross Farm.”

When Michael’s not working with Trilogy, he makes a living as a broadcast and event producer making live events happen all over the globe.
Sharon Lawton: Costumes; Nominating Committee

Sharon has been involved with Trilogy since her daughter performed in Peter Pan in 2006. Sharon loves working backstage, especially with costumes. She’s a familiar face at Trilogy’s “costume barn” and is also the costumer for musicals at Bridgewater-Raritan High School. In her spare time, Sharon serves as Managing Director at Recreational Arts Inc., a theater arts education organization.

Joe has been an active member of Trilogy Repertory for over twenty-five years. Trilogy audiences may remembers him as “Captain Hook” (Peter Pan), “Luther Billis” (South Pacific), Henry Etches (Titanic), and Sebastian (The Little Mermaid). Joe has been active with many other New Jersey community theaters for over 30 years. He has also worked professionally as an actor. You may have seen him on various episodes of Law and Order: SVU and as a a contestant on the recent reboot of Match Game hosted by Alec Baldwin. Joe has been a public school educator for 32 years and is a proud advocate of the arts in the lives of young people.

"Encore!" brought back so many wonderful memories. Saw some of the old set pieces I helped build so many years ago. It was an honor to be part of the vision.
"The musicals are fantastic!"
WOW! WOW! WOW! Wonderful "Encore!" Just what we needed to lift our spirits!
Just watched "Encore!" Brought tears to my eyes. You have provided so much opportunity for performers over the years. Thank all of you for your dedicating your hearts to theater.
"Plays in the Park are our favorite. Love the outdoor venue."
"Keep doing what you do!"
"Love this community organization and how you improve our town! Thank you for being here!"
"Congratulations on the new theater! Great performances ahead!"
Previous
Next